The approximately two-acre meadow site at the Jay Heritage Center in Rye, New York has a long history as an open landscape.  Evidence suggests native peoples burned in the region to maintain open fields for agriculture and hunting.  Beginning in the 1700s, the meadow site was used for pasture and haying.  Later, during the estate period, it was maintained as a lawn terrace foregrounding views of Long Island Sound.Jay’s native meadow, designed and being installed by Larry Weaner Landscape Associates, honors these past uses while also modeling a sustainable alternative to turf.  The designed meadows replace invasive exotic vegetation that colonized the site in recent decades and will feature fine textured native grasses and wildflowers evocative of pastoral meadows.  In addition to its aesthetic interest, the Jay Heritage Center meadow will supply important habitat for birds, butterflies, and pollinators.

The Jay Heritage Center is proud to partner with Larry Weaner Landscape Associates and to  share their concept, design and photographs. 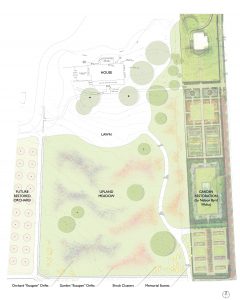 Fine-textured Appearance
In keeping with the site’s prior agricultural uses, the Jay Heritage Center meadow is designed to have a fine-textured, grassy appearance.  Native grasses like Little Bluestem (schizachyrium scoparium) and wildflowers with grass-like foliage will give the effect of a pastoral meadow. 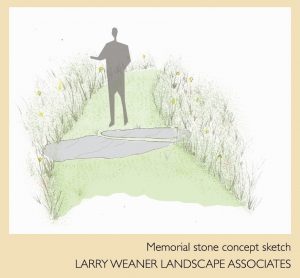 Inspired by the large stones found in Jay’s historic ha-ha walls, the design team developed a concept for stone memorials recognizing people who have passed through this landscape over time, including Native Americans and enslaved African Americans.  The large stones are designed to be inscribed with memorial text and placed at grade in the meadow pathway.

Specialized Floral Drifts
To provide visual continuity between the meadow and its surroundings, drifts running through the meadow will feature vegetation from adjacent areas.  The meadow’s eastern side will include drifts of native wildflowers drawn from the palette used in the garden restoration by Nelson Byrd Woltz.  Garden plants will thus appear to have “escaped” and seeded into the meadow; taller “garden escapees” will help screen the deer fence surrounding the gardens.  The meadow’s western side will feature drifts of wildflowers that often occur in orchard meadows.  (The area along the meadow’s western border – although presently a parking lot – was once an orchard and will be restored as such). 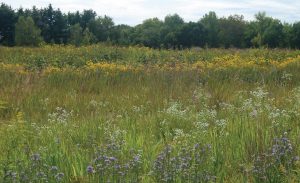 Specimen Trees
In keeping with historical landscape treatments, a few trees remain in the Jay meadow site, including ornamental plantings like the Horse Chestnut tree. Several naturalized trees have been left as symbolic reminders of natural successional processes that have shaped the appearance of this landscape over time.  The two historic Beech trees that were once present will be replanted.

A Lawn Area for Gathering
An arc of lawn will serve as a gathering area and a vantage point from which to view the meadow.

Native Shrub Clusters
Native shrubs will be planted in loose clusters as the southern corners of the Jay meadow.  Featuring “old field” type species, shrubs have been selected for their wildlife value, ornamental interest, and functional role in the designed plant community.  Clonal in habit, these shrubs will form distinct masses contrasting with the meadow grasses and wildflowers.

How is the JAY HERITAGE CENTER meadow being installed? 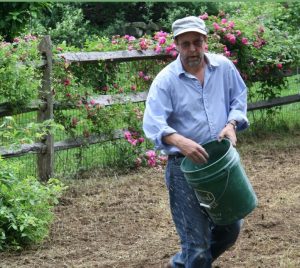 ows very in accordance with site conditions, site history, and project scope.  For the Jay meadow, per-existing invasive exotic vegetation, including Mugwort, as especially pernicious species, is being eradicated using short-term, targeted herbicide application by qualified applicators.  The treatment growth is then mown closely to the ground in preparation for seeding the remaining stubble helps to stabilize the soil prior to seeded vegetation becoming established.  The meadow is then seeded using no-till techniques designed to avoid disturbing the soil. 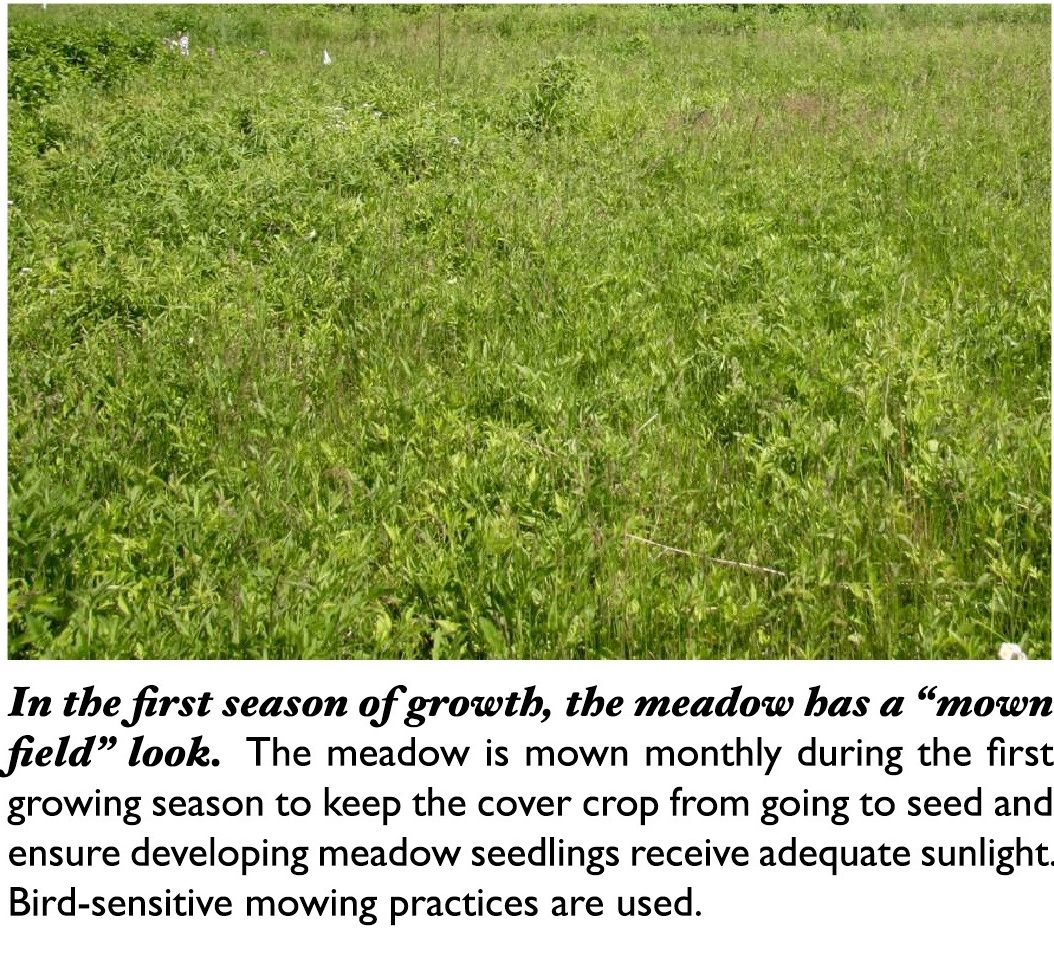 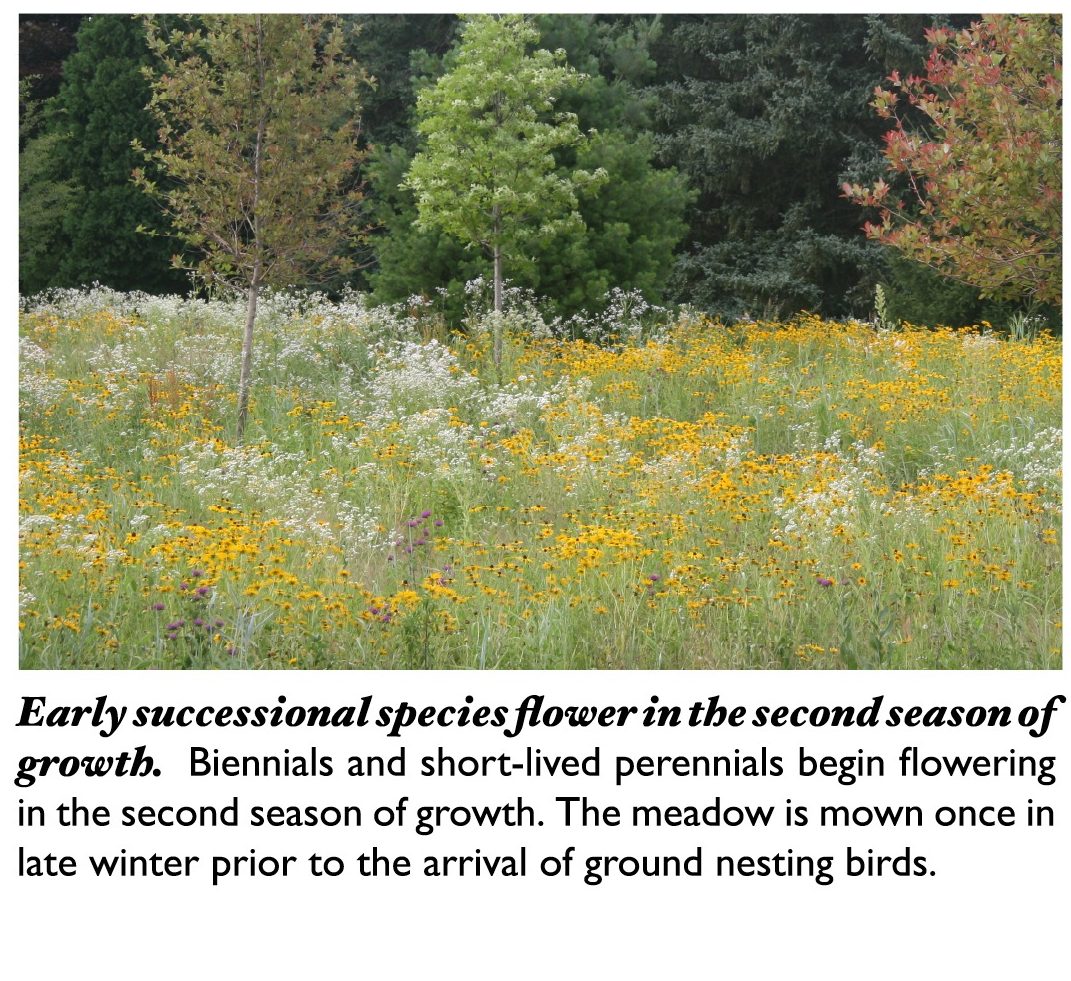 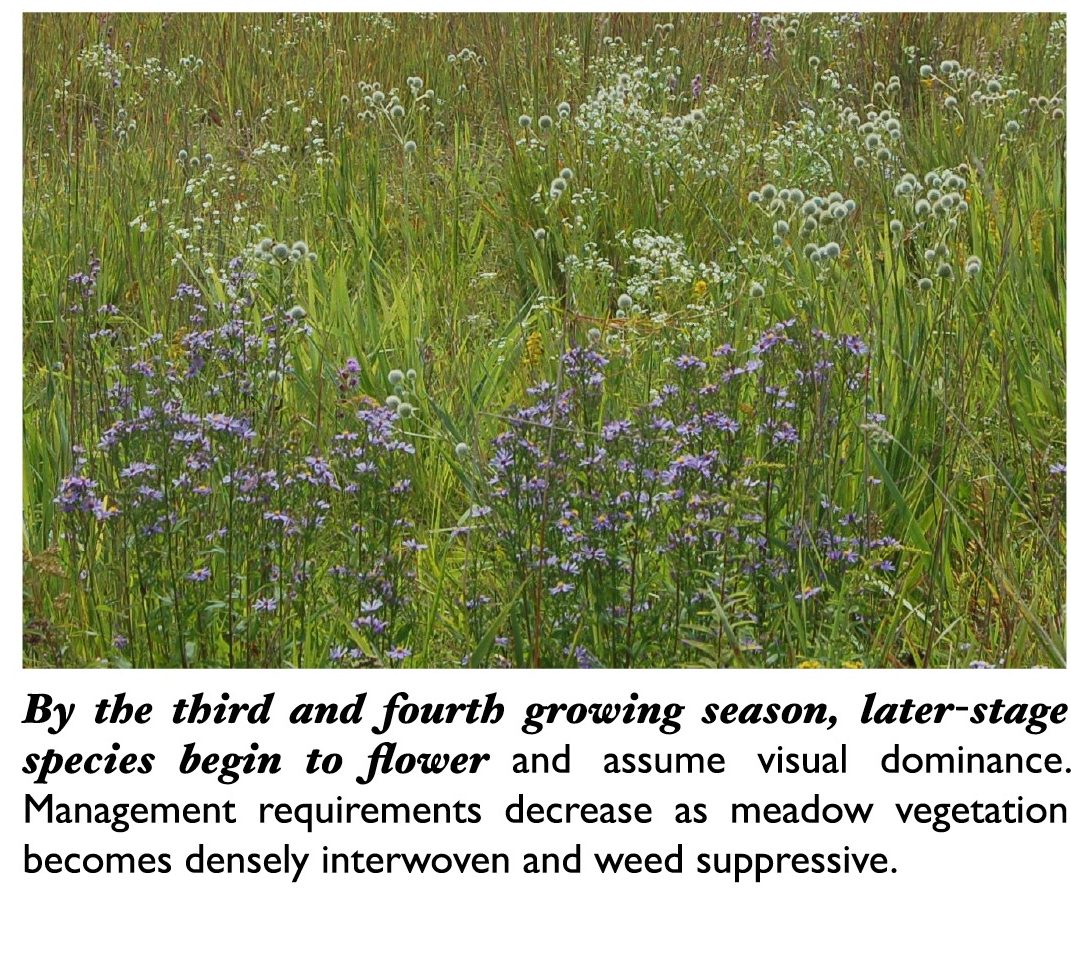 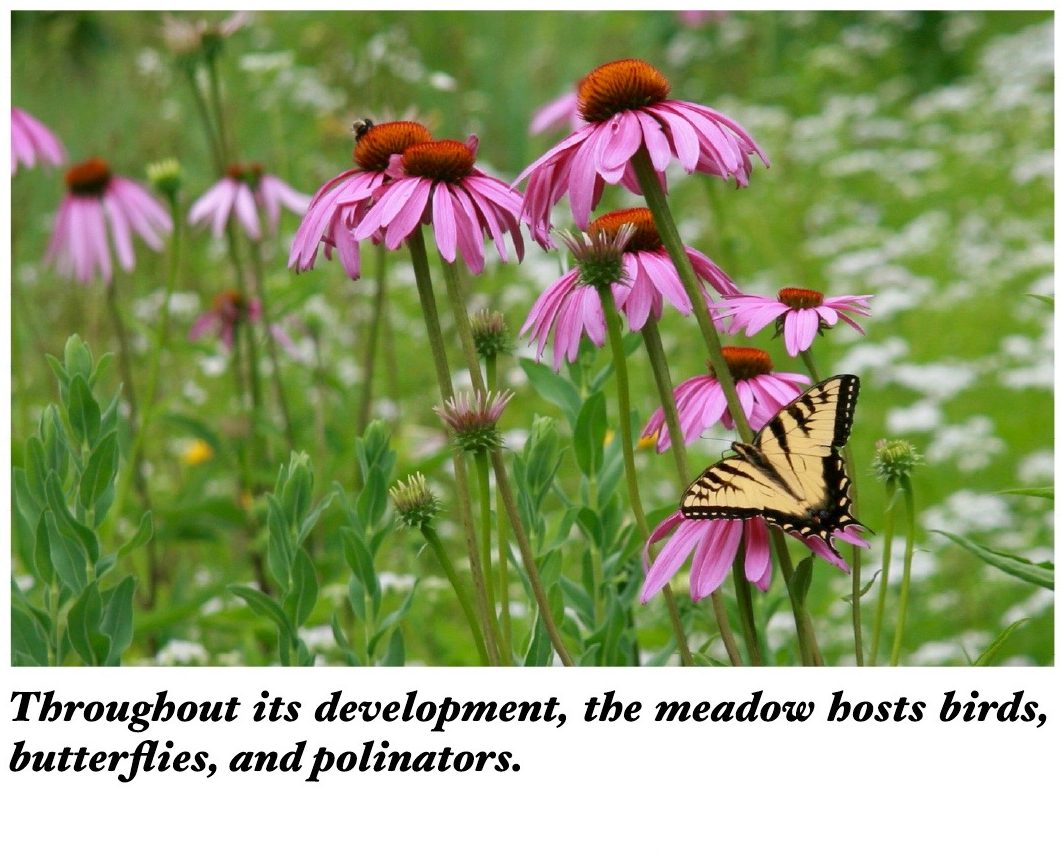