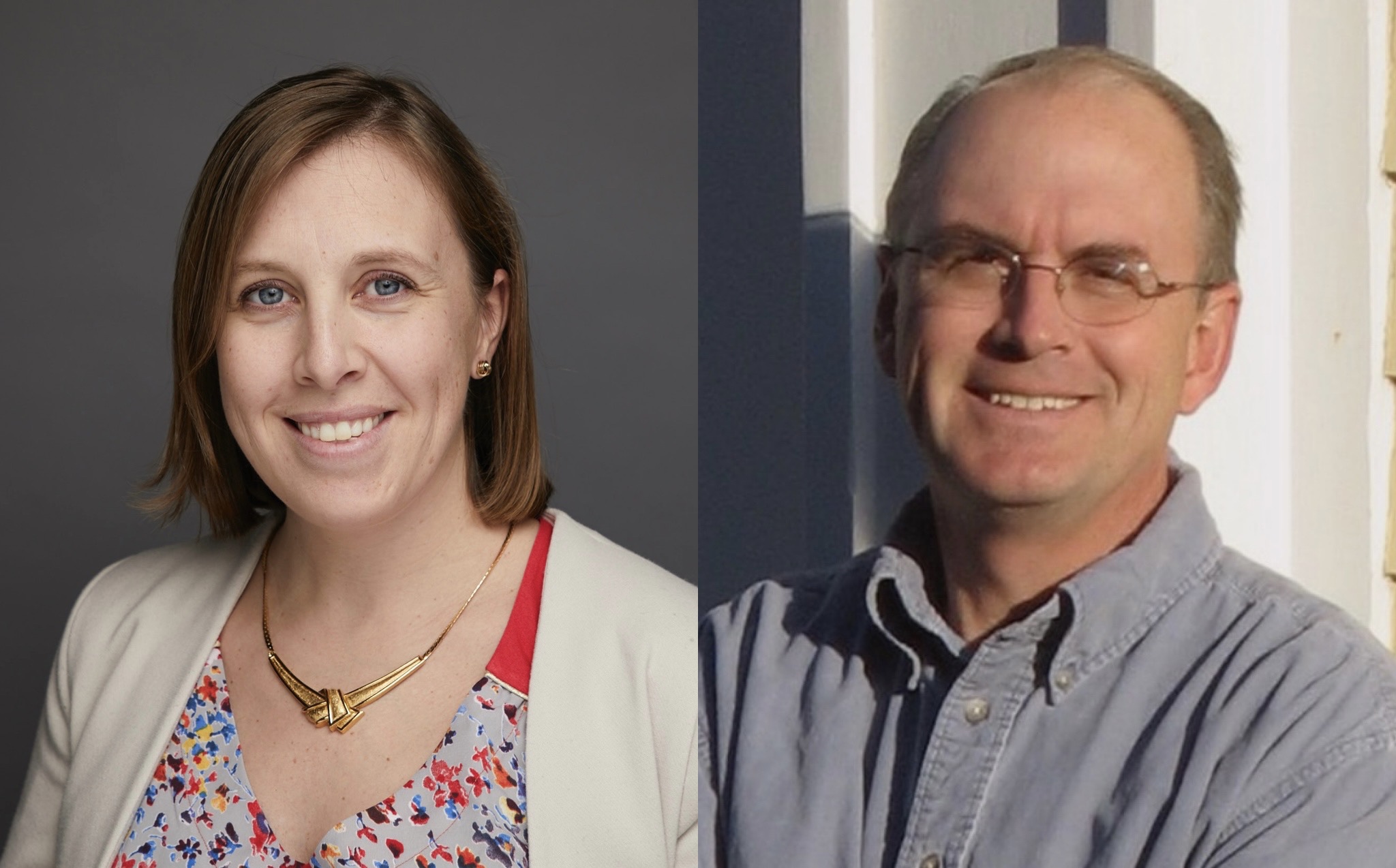 The Jay Estate has been the home of sailing families since 1843 when John Clarkson Jay, a founder of NY Yacht Club inherited the waterfront property. In the 20th century, American Yacht Club members Zilph and Edgar Palmer, and their daughter Zilph and her husband Walter Devereux also took advantage of the landmark’s harbor frontage and there are sailing trophies that still bear their names!

Join New York Times best-selling author Nathaniel Philbrick and his daughter, Rye resident, lawyer, and former Harvard sailing captain Jennifer Philbrick McArdle, for a discussion of how the sport of sailing brought their family together. Philbrick, the National Book Award-winning author of the best-sellers “In the Heart of the Sea,” “Mayflower,” and “Bunker Hill,” told some of these stories in his 1999 memoir, “Second Wind: A Sunfish Sailor, an Island, and the Voyage That Brought a Family Together,” which recounted how he overcame a midlife crisis through his love of the sport.

On Friday, May 6, at 6 p.m., join New York Times best-selling author Nathaniel Philbrick and his daughter, Rye resident, lawyer, and former Harvard sailing captain Jennifer Philbrick McArdle, for a discussion of how the sport of sailing brought their family together. 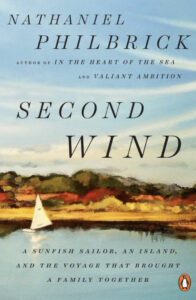 Father and daughter will trade stories about how their experiences on the water have indelibly shaped their lives. Philbrick, the National Book Award-winning author of the best-sellers “In the Heart of the Sea,” “Mayflower,” and “Bunker Hill,” told some of these stories in his 1999 memoir, “Second Wind: A Sunfish Sailor, an Island, and the Voyage That Brought a Family Together,” which recounted how he overcame a midlife crisis through his love of the sport.

In his late thirties and living on Nantucket in the early 1990s, Nathaniel Philbrick was “feeling stranded and longing for that thrill of victory he once felt after winning a national sailing championship in his youth.” The journalist-turned-stay-at-home-dad decided to compete for a sailing championship once again–“with the bemused approval of his wife and children”–following his dream all the way to the championship.

Jennie Philbrick McArdle is a publishing attorney, mom of three, and avid sailor. She is also lucky enough to have been guided on all of these fronts by her parents, Nat and Melissa Philbrick. Growing up on Nantucket, Jennie had a front row seat for her father’s sailing-related midlife crisis, as related in Second Wind.  She went on to compete herself in single and double-handed sailing events throughout high school and later as the Women’s Captain of the Harvard Sailing Team.  After college, Jennie worked in politics while racing in the evenings and on weekends in the DC area, and then went to law school at Columbia School of Law. After more than a decade as a lawyer living in Brooklyn with her husband Bryan (and an ever growing number of children), Jennie’s own sailing-related midlife crisis contributed to bringing her family to Rye in April of 2020. Since August 2021, Jennie has been the Deputy General Counsel for Hachette Book Group, Inc.  Prior to that, she served as a Partner and the Vice Chair of the Commercial and Antitrust Litigation Division at Duane Morris LLP, which her prior firm, Satterlee Stephens LLP, joined in February 2020. Prior to Satterlee, Jennie worked as an Associate at Cleary Gottlieb Steen and Hamilton LLP, and clerked for the Honorable Naomi Reice Buchwald in the Southern District of New York.

Nathaniel Philbrick was born in Boston, Massachusetts, and grew up in Pittsburgh, Pennsylvania, where he attended Linden Elementary School and Taylor Allderdice High School.  He earned a BA in English from Brown University and an MA in America Literature from Duke University, where he was a James B. Duke Fellow. He was Brown University’s first Intercollegiate All-American sailor in 1978, the same year he won the Sunfish North Americans in Barrington, RI. After working as an editor at Sailing World magazine, he wrote and edited several books about sailing, including The Passionate Sailor, Second Wind, and Yaahting: A Parody.

In 1986, Philbrick moved to Nantucket with his wife Melissa and their two children.  In 1994, he published his first book about the island’s history, Away Off Shore, followed in 1998 by a study of the Nantucket’s native legacy, Abram’s Eyes. He was the founding director of Nantucket’s Egan Maritime Institute and is a research fellow at the Nantucket Historical Association.

In 2000, Philbrick published the New York Times bestseller, In the Heart of the Sea, which won the National Book Award for nonfiction. The book was the basis of the 2015 movie of the same title directed by Ron Howard.  The book also inspired a 2001 Dateline special on NBC as well as the 2010 PBS American Experience film “Into the Deep” by Ric Burns. In 2019, the National Endowment for the Arts added the book to their ever-growing library of 32 titles in the NEA Big Read program under which libraries and non-profits can apply for grants in order to develop in-depth, community-wide programming around a common book.

His next book Sea of Glory was published in 2003 and won the Theodore and Franklin D. Roosevelt Naval History Prize and the Albion-Monroe Award from the National Maritime Historical Society.

The New York Times bestseller Mayflower was a finalist for both the 2007 Pulitzer Prize in History and the Los Angeles Times Book Award, won the Massachusetts Book Award for nonfiction, and was named one the ten “Best Books of 2006” by the New York Times Book Review. In June 2020, Penguin will publish an updated trade paperback edition with a new Preface to coincide with the 400th anniversary of the Mayflower’s arrival in Plymouth Harbor.

In 2010, he published the New York Times bestseller The Last Stand, which was named a New York Times Notable book, a 2010 Montana Book Award Honor Book, and a 2011 ALA Notable Book.  Philbrick was an on-camera consultant to the 2-hour PBS American Experience film “Custer’s Last Stand” by Stephen Ives.

In 2011 Philbrick’s Why Read Moby-Dick? was a finalist for the New England Society Book Award and was named to the 2012 Listen List for Outstanding Audiobook Narration from the Reference and User Services Association, a division of the ALA.  That year Penguin also published a new edition of his first work of history, Away Off Shore.

In 2013 Philbrick published the New York Times bestseller, Bunker Hill:  A City, a Siege, a Revolution, which was awarded both the 2013 New England Book Award for Non-Fiction and the 2014 New England Society Book Award as well as the 2014 Distinguished Book Award of the Society of Colonial Wars.

In March 2018, Penguin published a new edition of his sailing memoir Second Wind: A Sunfish Sailor, an Island, and the Voyage that Brought a Family Together.  Later that year Philbrick published the New York Times bestseller, In the Hurricane’s Eye:  The Genius of George Washington and the Victory at Yorktown, a finalist for the George Washington Book prize and the winner of the Commodore John Barry Book Award for American Maritime Literature.  His latest New York Times bestseller, Travels with George:  In Search of Washington and His Legacy, was published in September 2021.

Philbrick’s writing has appeared in Vanity Fair, The New York Times Book Review, The Wall Street Journal, the Los Angeles Times, and The Boston Globe. He has appeared on the Today Show, the Morning Show, Dateline, PBS’s American Experience, C-SPAN, and NPR. He and his wife Melissa still live on Nantucket.