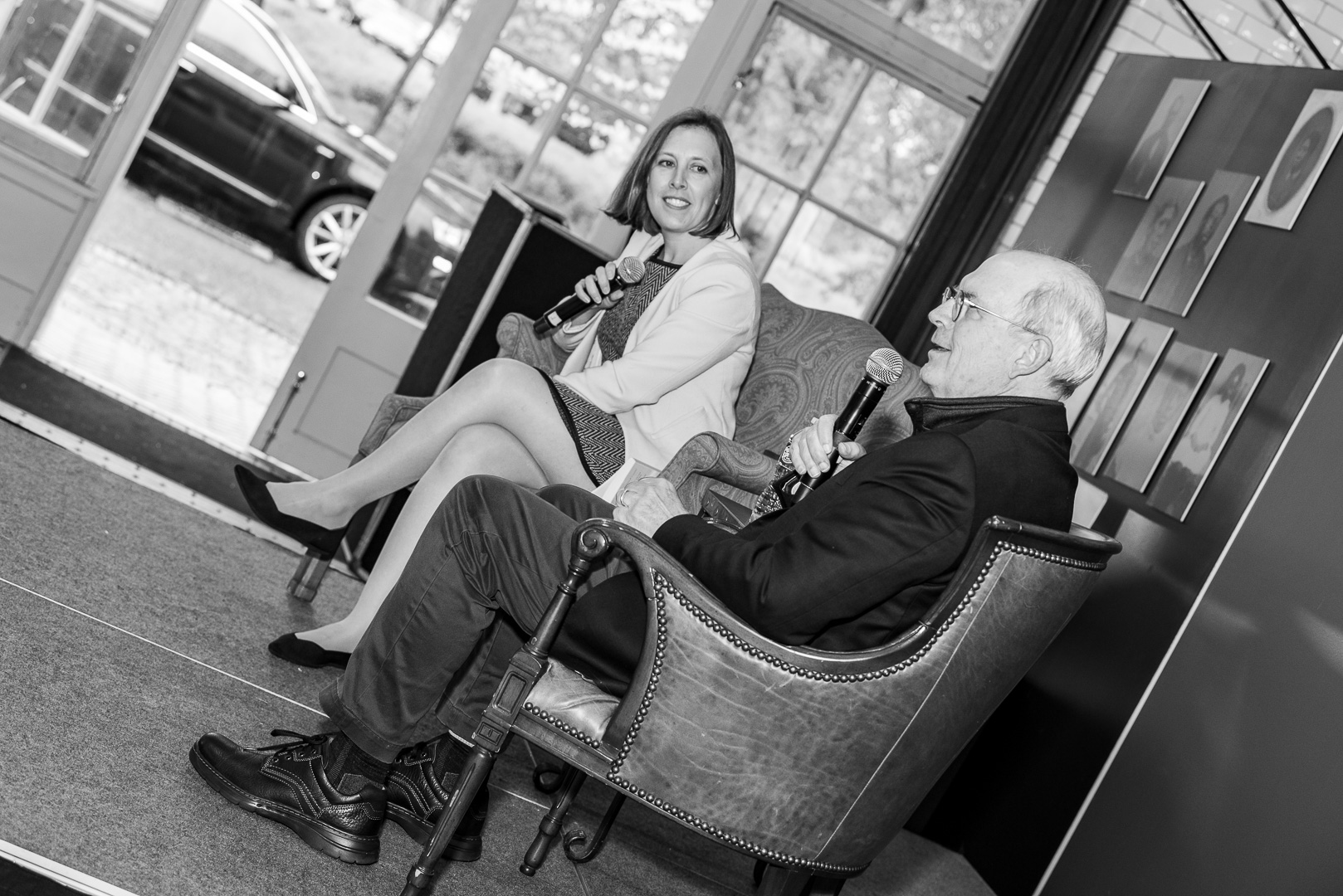 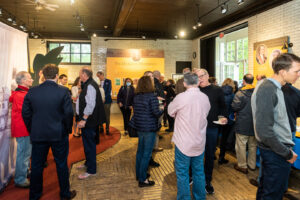 Father and daughter shared their family’s love of sailing and Sunfish competition with an appreciative audience of sailors and readers, family and friends. The audience also included the author’s wife, Melissa, and their son, Ethan, both of whom also play key roles in the “Second Wind” narrative. Philbrick read passages from his 1999 memoir, and drew loud applause along with praise for his other award-winning books.

Fans sipped wine and nibbled on cheese, then purchased personalized copies of “Second Wind” and Philbrick’s other books, including “In the Heart of the Sea,” “Mayflower,” “Bunker Hill,” and “Away Off Shore.”

The Jay Estate has been the home of sailing families since 1843, when John Clarkson Jay, a founder of NY Yacht Club, inherited the waterfront property. In the 20th century, American Yacht Club members Zilph and Edgar Palmer, and their daughter, Zilph, and her husband, Walter Devereux, also took advantage of the landmark’s harbor frontage. There are sailing trophies there that still bear their names.