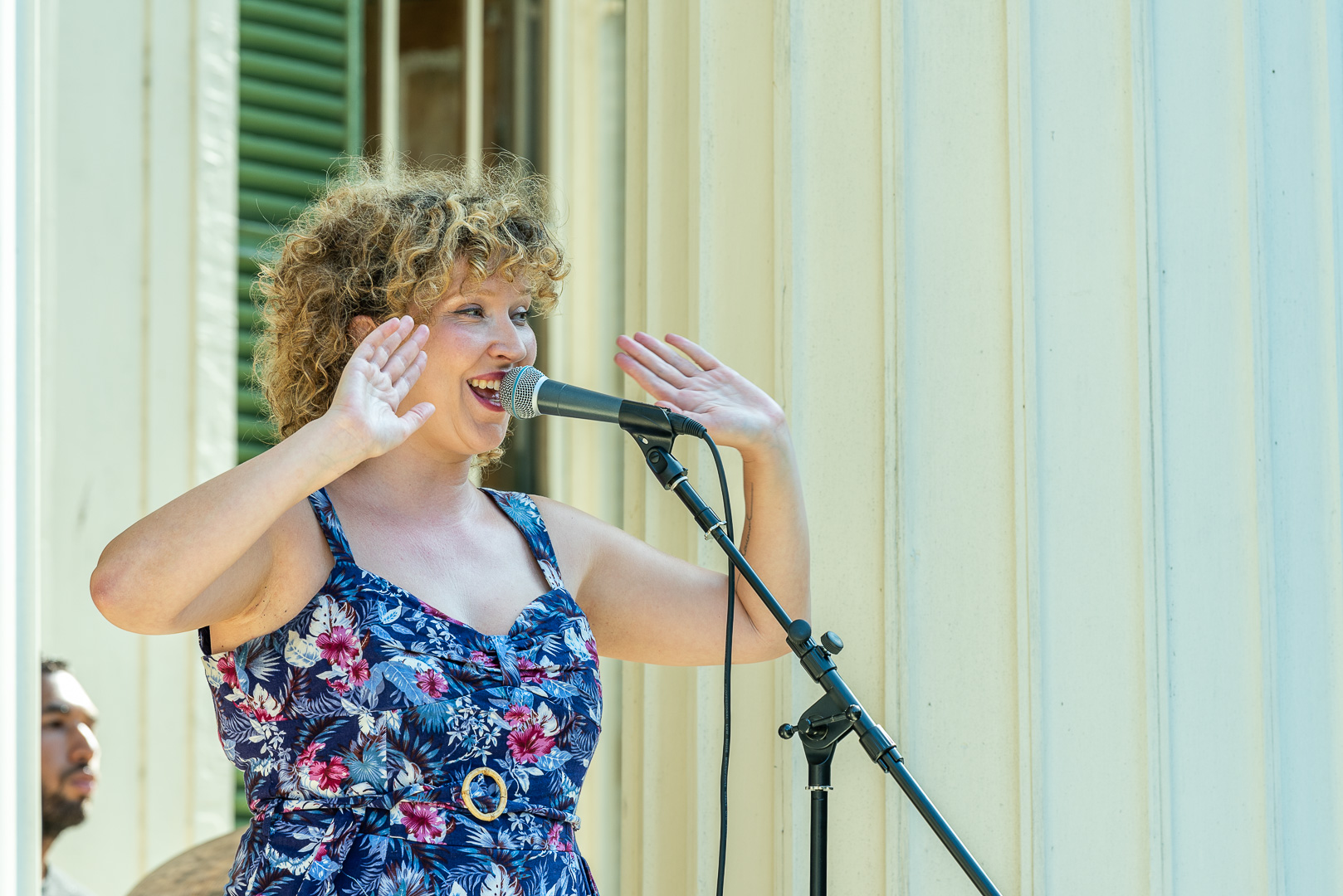 More than 200 concertgoers packed the circle in front of the 1838 Jay Mansion on Sunday afternoon to hear a summer evening show from Oh La La!, a French-themed jazz quintet.

Lead singer Marie Michèle set the tone early in the afternoon, when she declared during the sound check that she felt like singing a particularly French-heavy set. She and the band did not disappoint, launching into a scintillating rendition of Salvador Henri‘s “Syracuse” early in the first set, followed by French pop standards by Serge Gainsbourg, George Brassens, Edith Piaf, Claude Nougaro, and many others.

Composed of some of the top jazz and world musicians in the New York area, Oh La La! has been playing festivals, clubs, and other events all over Europe and the United Stated for more than nine years, delighting everyone with their joyous 1930s and 1940s swing sound, delicate chanson française, and sultry bossa nova.

The late August weather was perfect, and concertgoers sat in lawn chairs and blankets under the shadow of the Jay Estate’s stately shade trees. During breaks in the show, the audience filtered through the newly opened Jay Gardens and stopped by the window of a food truck from Crazy Taco-Mex for nibbles.

The concert is the latest in JHC’s outdoor Jams at Jay series. In September 2021, we welcomed Bandits on the Run to the estate for the first Jams at Jay event since the pandemic began. (Read more about that show here.) This past spring we hosted the crowd-pleasing bluegrass band Blue Plate Special for a packed performance on the front circle. (More here.)